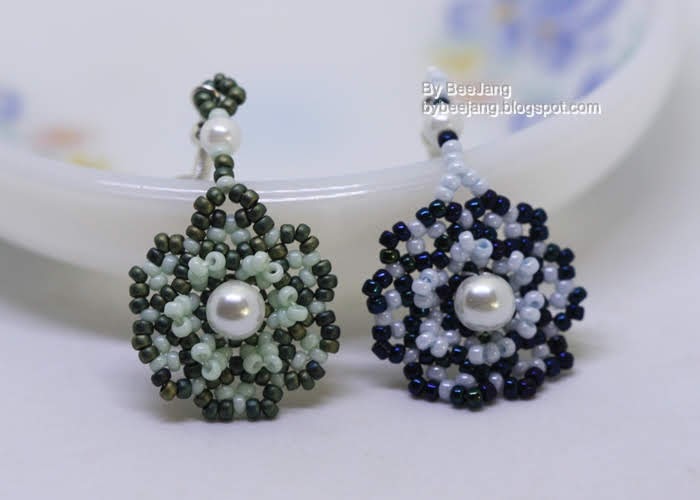 It's been a while I make free tutorial. lol You only need seed beads and some pearls to complete them. 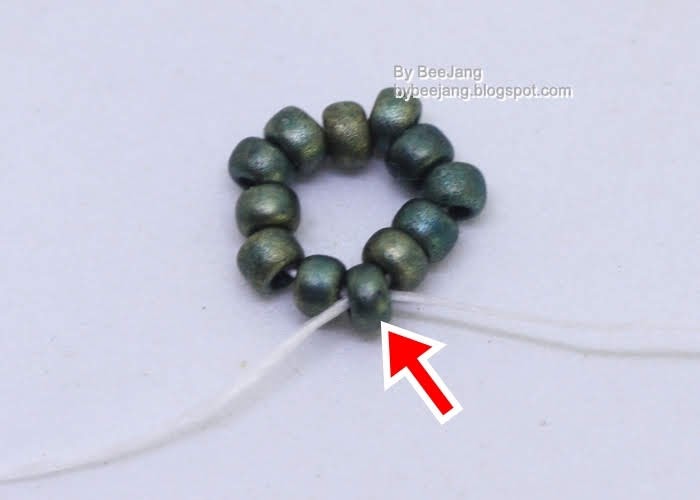 1. Cut the comfortable length of thread. Pick up twelve 11/0A. Pass through all beads twice. Exit at the first 11/0A (red arrow). 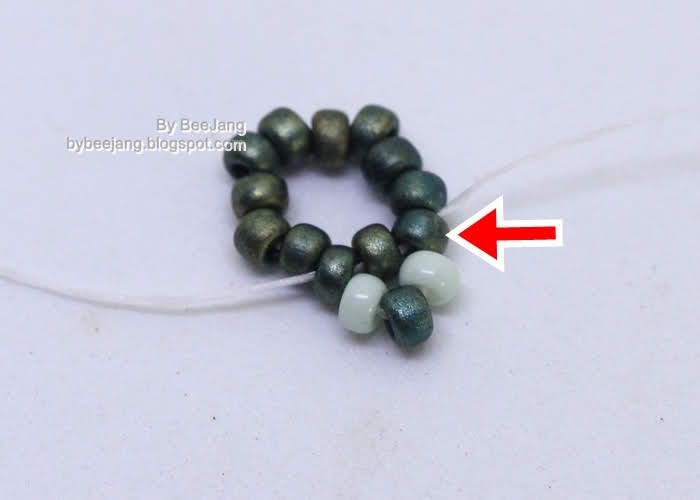 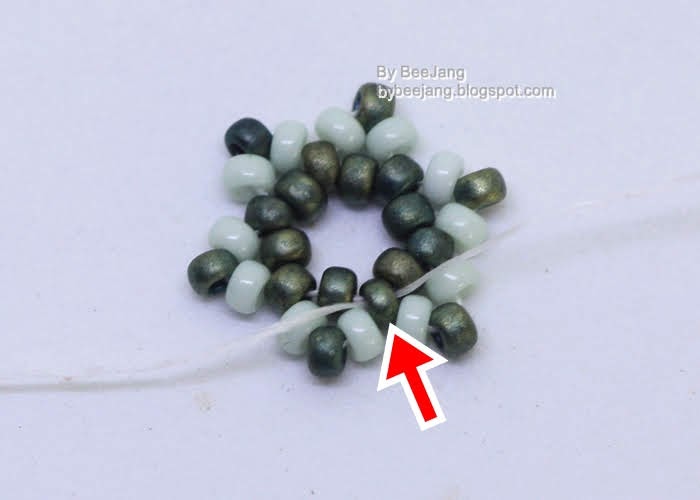 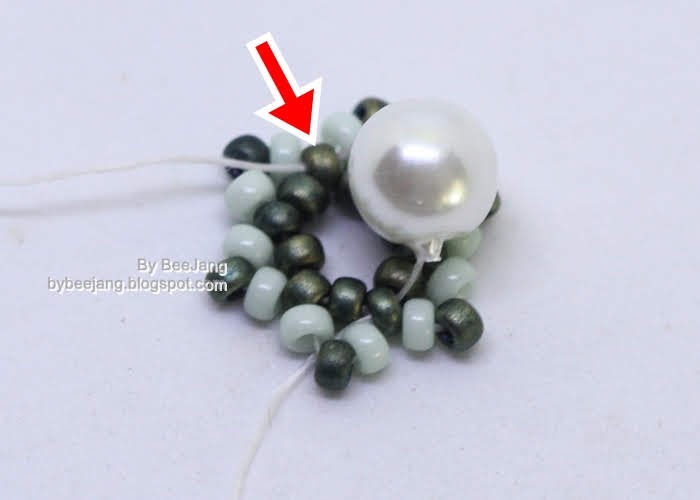 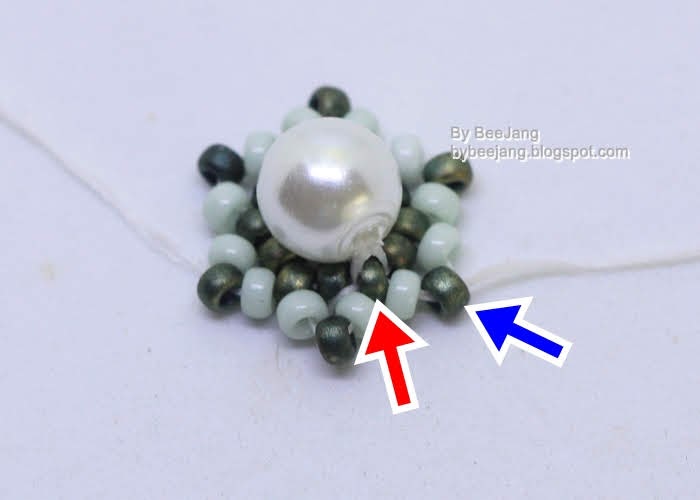 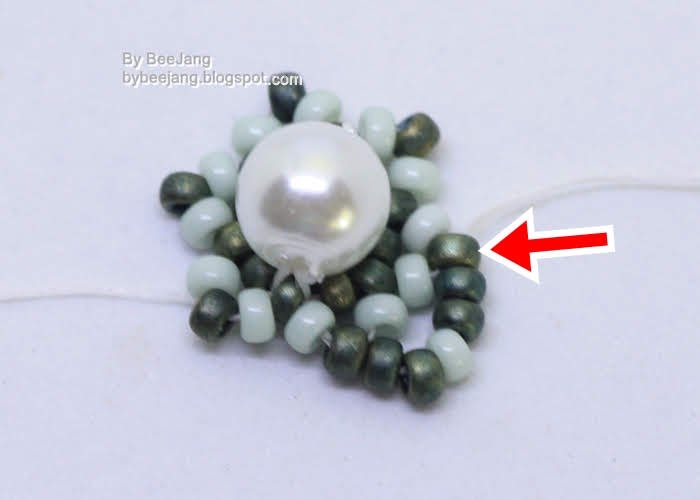 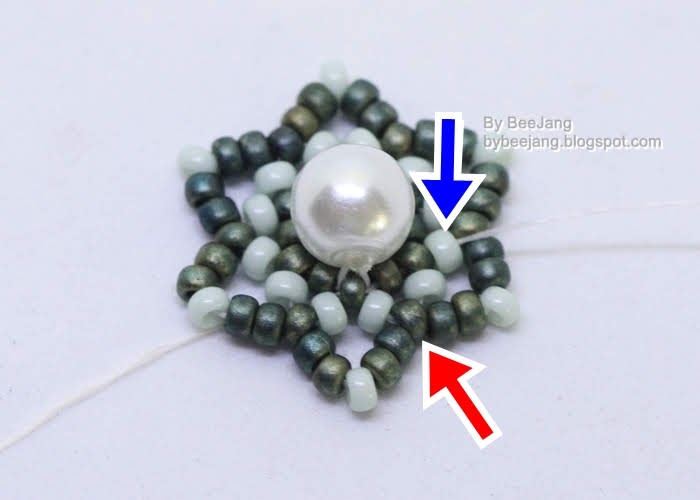 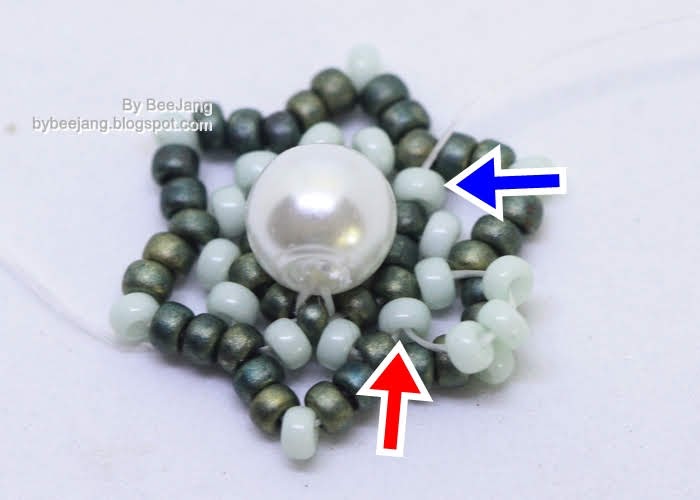 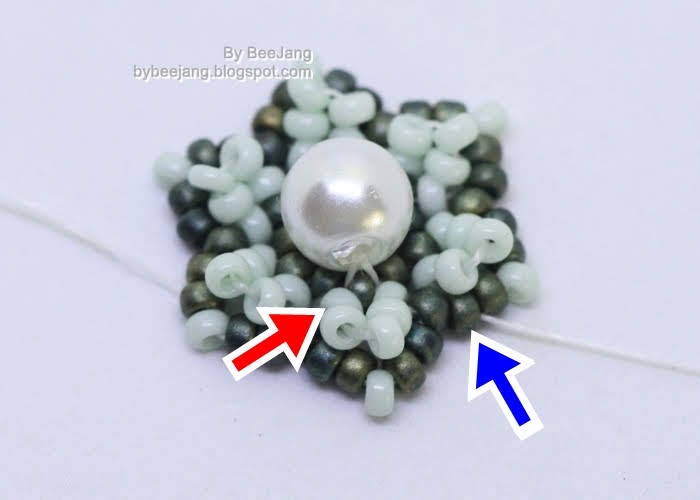 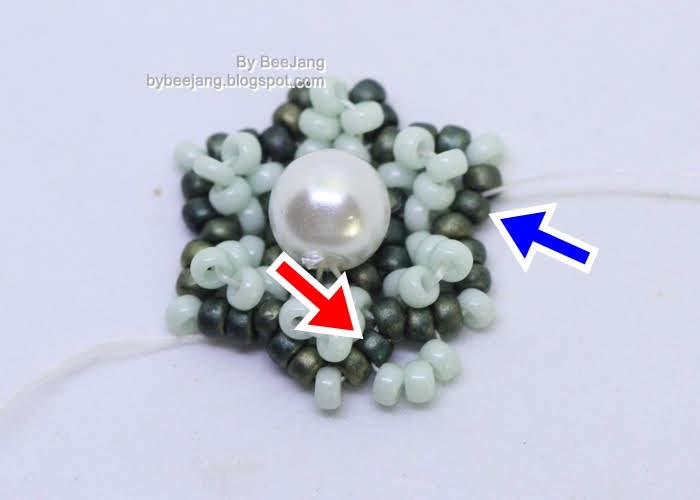 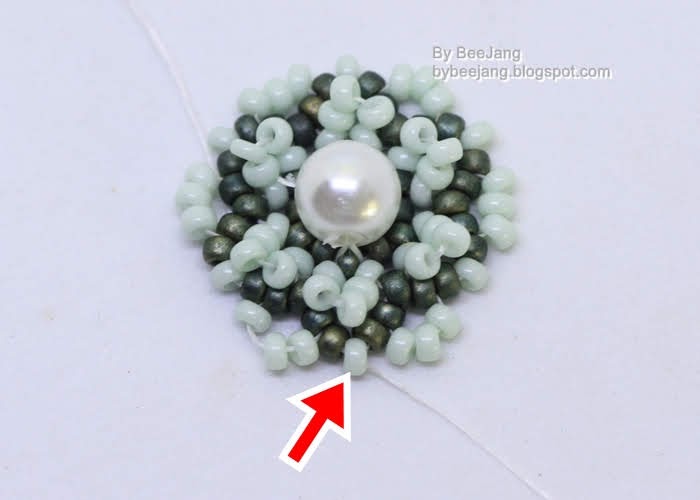 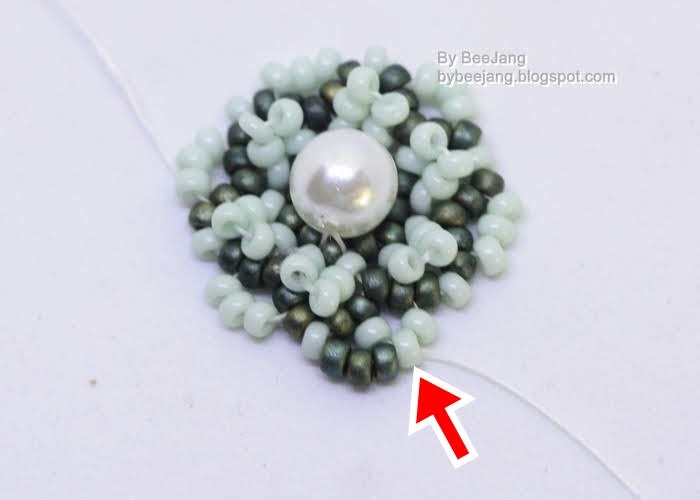 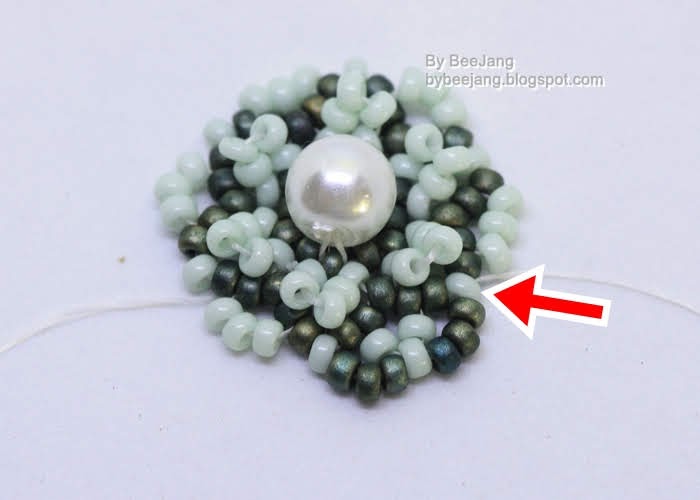 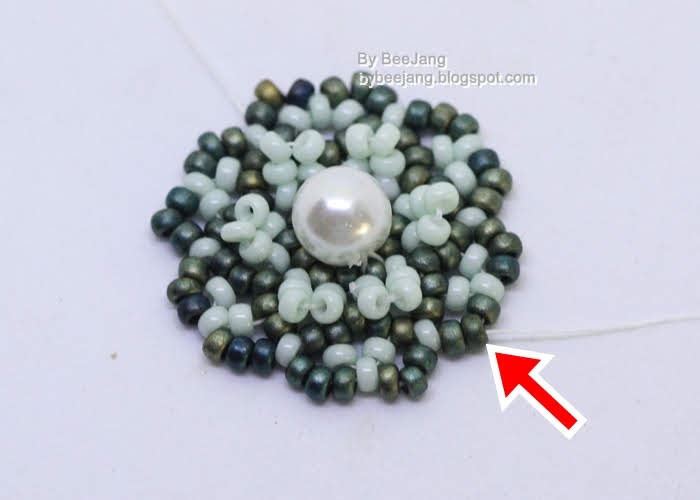 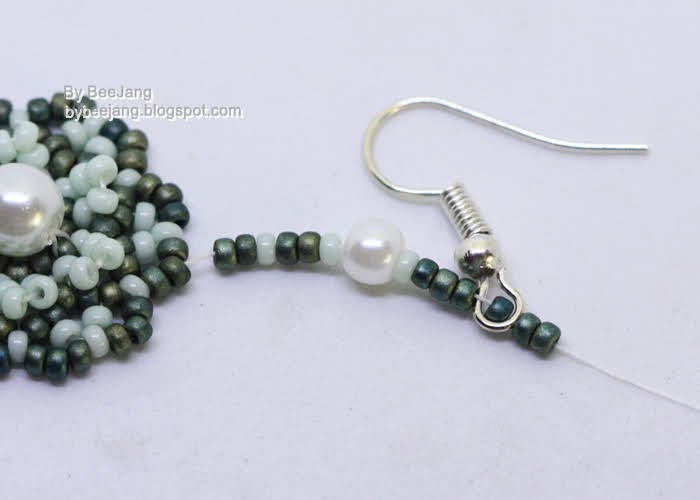 15. You can attach the earring hook as you wish or pick up different numbers of beads to make it longer or shorter, all up to you. 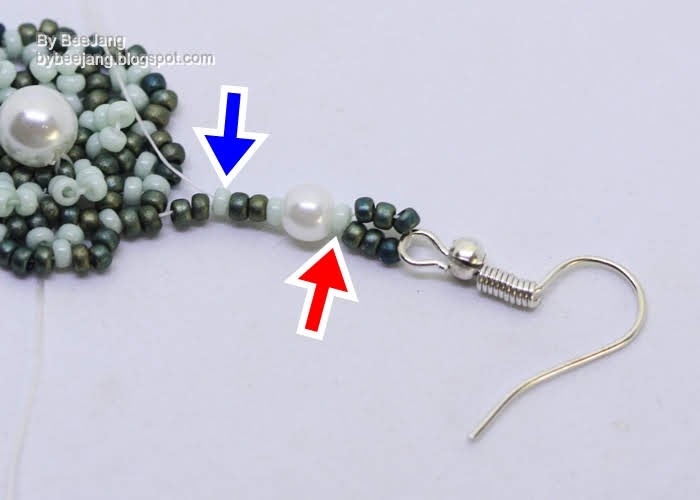 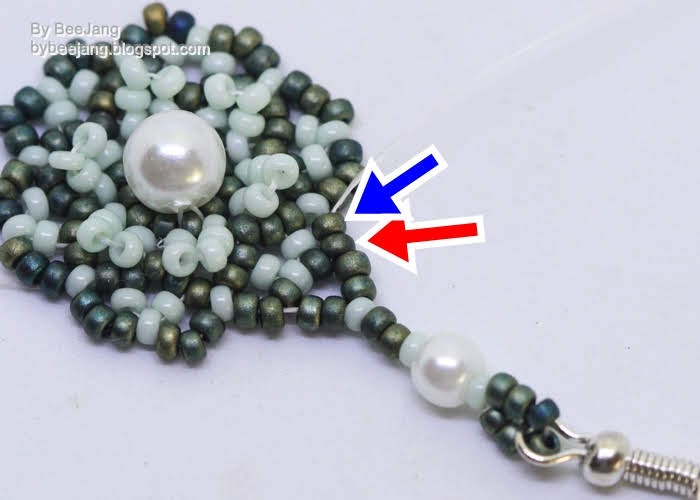 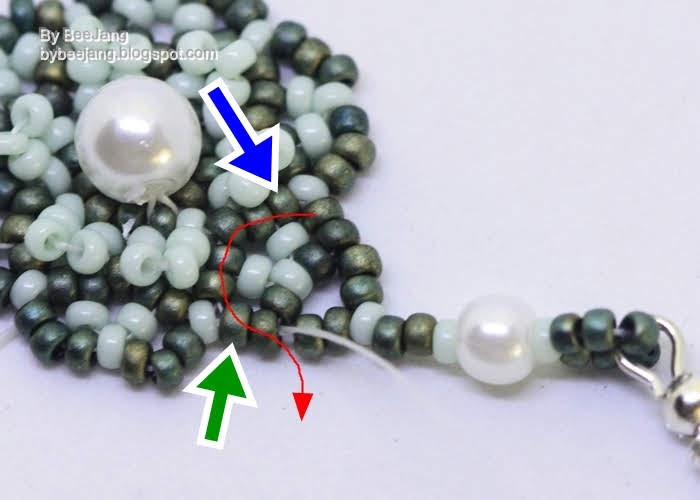 Now, you can pass through all beads in step 15 to reinforce your thread path. 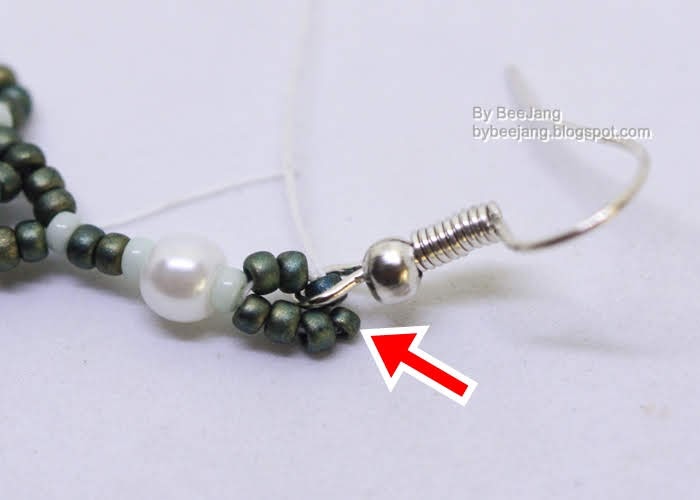 19. This is optional but recommended if your hook has an open hole liked the one I used here. You should add 15/0 (red arrow) between the third and the fourth 11/0A, and pass through all 11/0A in this loop twice.

The earring is finished. You can pass through your beads to reinforce any loose spot. 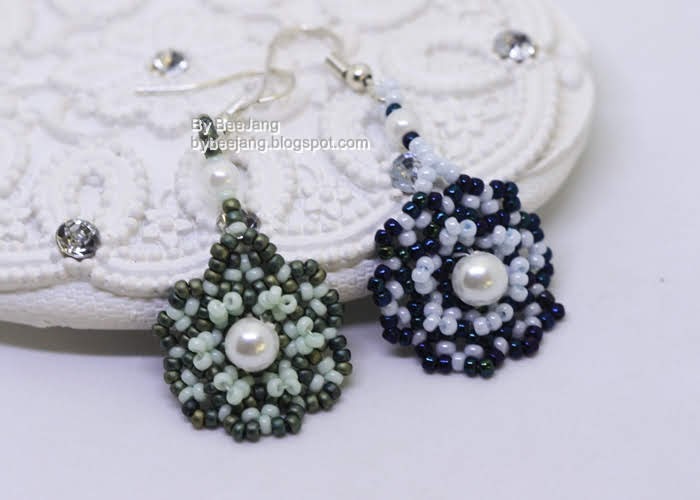 Make another earring the same way.

You can download the tutorial in pdf here,
https://drive.google.com/open?id=1i2zfD-U31nzr_7kp37vNNKVpXs3UyjhI 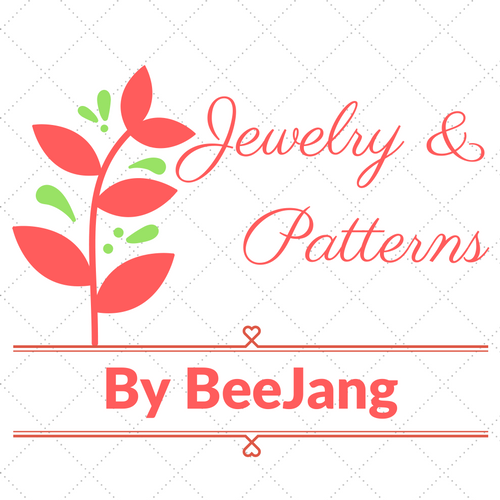 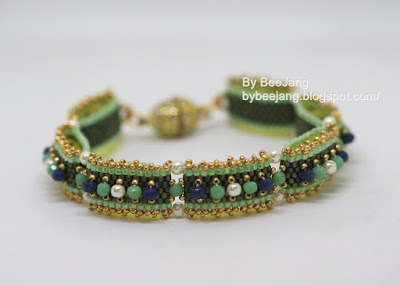 I hope you will enjoy this free carrier beads tutorial!


Before I begin, you may ask what carrier bead is. It is a rectangular two holes bead, mostly in acrylic or glass. Beaders love to make peyote strip around them and connect many of them into a bracelet or necklace. Oh well, I think I'm bad at describing thing. You can google and you will see it. lol

This is the short free tutorial how I decorate my peyote strip on the carrier beads. However, I will not include the basic peyote stitch here.


Materials
Feel free to change or substitute beads as you like. The quantity will depend on the length of your bracelet and the colors you want to include in the design.

- Carrier beads, acrylic 18x9 mm – Any color is fine, I used yellow, 7 beads. I got them from https://stores.ebay.com/yoyobeadsshop/ (from China)

- Miyuki delica 11/0 in two colors. I bought delica from http://www.beadsfactory.in.th (from Th… 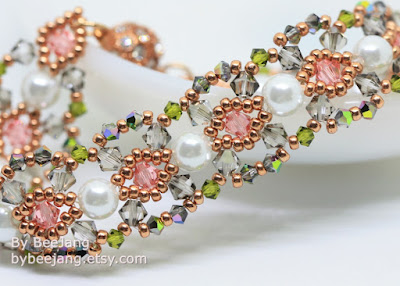 This is the same Pearla pattern I published few months ago in my shop, http://bybeejang.etsy.com/ You can substitute pearls with crystal bicones.


I would prefer 3mm in Satin (or 4mm in VM to make a match), but I don't have enough beads.